The Playbook: Leadership in the Face of Hurricane Maria 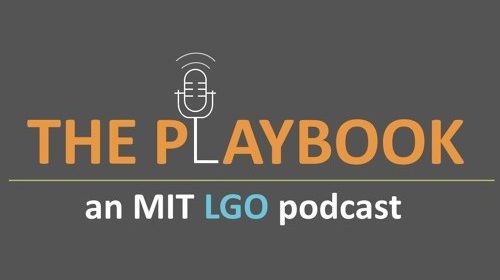 This article is based on interviews from an episode of the student-run LGO podcast series “The Playbook”. In this series, we invite LGO alumni and other leaders in the field of operations and technology to share a page out of their “leadership playbook”. The interview excerpts included in the article have been abridged and edited for clarity. To listen to the full interview, tune in to Episode 5 of The Playbook series on any major podcast platform.

Hurricane Maria, a Category 5 hurricane, hit Puerto Rico on September 20th, 2017. The storm’s 155 mph wind and heavy rains damaged or destroyed over 300,000 homes, wiped out the island’s power grid, and left millions without access to food or clean water. When the LGO Class of 2020 visited the island almost a year and a half later as a part of the annual Domestic Plant Trek, the evidence of Maria’s fury was still visible. Over several days, we met with operations leaders in industry and government. Among them were Noel Zamot and Diana Flores, who agreed to share their stories on The Playbook podcast. These stories provide examples of the leadership and operational resilience demonstrated by both public and private organizations in the aftermath of Hurricane Maria.

Noel Zamot, a retired Air Force officer and native of Puerto Rico, was appointed in 2017 to serve as the revitalization coordinator for Puerto Rico’s Financial Oversight and Management Board. At the time, Puerto Rico was already facing a critical infrastructure emergency from decades of inadequate investment and capitalization. After Hurricane Maria struck the island two months later, Zamot and his team worked to rebuild damaged infrastructure and establish a pipeline of investment capital for further development.

Once the immediate infrastructure crisis had stabilized, Zamot’s team set to work helping to recover Puerto Rico’s economy by bringing in investments for critical infrastructure projects. According to Zamot, this initially “amounted to running a startup”. The most powerful lesson he learned, Zamot says, was that establishing the high-level motivation for a project and tying it to all project activities makes decision-making a lot easier. “Simon Sinek [author of “Start with Why”] has a saying, ‘People don’t buy your what, they buy your why.’…We actually plastered [our “why”] in all our workspaces: ‘We are here to recover Puerto Rico’s economy.’”

Once the project motivation and strategy had been defined, Zamot’s next challenge was instilling the team with the discipline to execute in line with the mission. “It’s looking at that lofty goal every single day with discipline and focus to ensure that every action taken works towards that goal. Don Sull [Senior Lecturer at the MIT Sloan School of Management], likes to say that strategy without numbers is poetry. I think that the corollary to this one is that strategy without discipline is just another drawing on a napkin.”

As of March 2019, the efforts made by Zamot and his team had attracted approximately $9.1 billion in interested capital to Puerto Rico. Zamot attributes the success of the revitalization project to the use of tried and true leadership approaches in order to develop capability in an uncertain environment—or as Zamot likes to call it, “creating order out of chaos.”

Zamot also reflects on some of the failures of the project. He suggests that leadership challenges stemming from Puerto Rico’s political culture impeded the flow of capital to infrastructure needed on the island. For example, out of the $9.1 billion total investment, only $25 million was approved for public housing projects. Zamot and his team strove to evaluate projects on independent merits, but the transparency of the process “was frankly terrifying to a number of political and non-political stakeholders on the island.” According to Zamot, this aspect of the culture predates the administration [at the time] and extends far back in Puerto Rico’s history. Improving the situation would require sustained effort and involvement from multiple stakeholders, including federal entities, non-profits, investors, and developers. “That’s really hard to do when you’re in a democratic environment. You’re dealing with political entities whose livelihoods depend on the next election, and every 4 years you reinvent the wheel.”

We followed up with Noel several months after the original interview to get his thoughts on the recent protests and subsequent administration change in Puerto Rico. In his opinion, this was an overdue change and a step in the right direction for the people of Puerto Rico. Suggesting that Gov. Ricardo Roselio’s election was influenced, in part, by a “cult of personality”, Noel reiterated the need to focus on ethics in leadership. He said there is still a lot of work to be done: “If you see pictures of the recent visit from Puerto Rico to DC, the governor is the only new face in the crowd—everyone else is the same. This does not solve the problem.”

Supporting employees and the local community through crisis

Amgen has been in the business of preparing for catastrophic events long before Hurricane Maria made landfall in Puerto Rico. As one of the world’s leading biopharmaceutical companies, Amgen provides life-saving drugs to patients with serious illnesses. It is a core element of their mission to ensure that there is never a shortage of an Amgen product. The actions that Amgen and its employees took before, during, and after Hurricane Maria enabled them to maintain operations as well as to help the community recover.

Diana Flores, the Director of HR at Amgen Puerto Rico, has been with Amgen for over 13 years. She manages the staff and facility, as well as corporate communications and relations with the external community, and has been involved in Amgen’s crisis management efforts. According to Flores, Amgen identifies and trains essential staff that are critical to operations ahead of time in order to minimize the number of employees on-site—while also maintaining production during a disruptive event. Additionally, Amgen has invested in redundant power generators and wells that store millions of gallons of water for emergency use. Flores notes, “These investments are something that we didn’t do in, let’s say, one or two years. Over the last decade, we have been improving as we’ve grown the site.”

During the storm, no one was permitted to come into or leave the facility. The essential staff that remained on-site slept, ate, and worked in shifts. During this time, according to Flores, communication was critical. “We establish a lead who is responsible [for operations when the site is closed], so the essential staff are receiving clear directions from one person. We have a 1-800 number that we use to provide updates to our employees that are not on-site.”

In the aftermath of Hurricane Maria, the availability of water and electricity was limited. Amgen provided aid to its local employees in Puerto Rico in the form of gasoline, ice, and supply kits full of food, first aid materials, and batteries. Over the course of the recovery period, Amgen distributed over 10,000 of these “blessing bags” to employees and their families. Critically, Flores adds, Amgen’s employees needed power generators for their homes. “We were able to work with our colleagues to ship over 1,900 power generators to the facility. Our employees only paid for the cost of the generator, while Amgen absorbed the rest of the cost of shipping it.”

Ultimately, Flores attributes Amgen’s resilience through Hurricane Maria to the commitment of their employees. “Our people rose up to the occasion. They demonstrated their full commitment to our mission of getting our medicines to patients. When the facility reopened five weeks later, we had 98 percent attendance of our employees coming back to work. Once again, it demonstrates their strong commitment to the company. We’re very proud to have them as part of our recovery.”